DuPont’s Punishment for Poisoning North Carolina for 40 Years…$12 Million: ‘It’s Nothing to Them’ 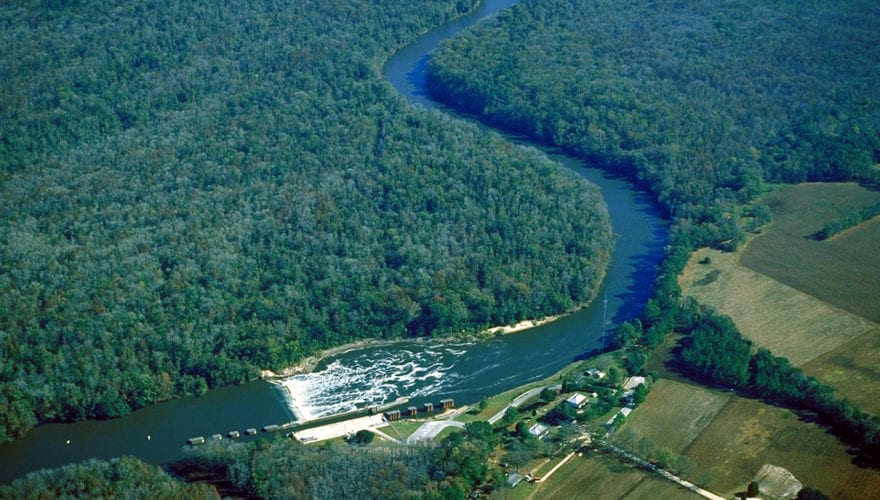 And North Carolina is emerging as its latest case, victimized by the criminal COLLUSION between corporations and politicians.

In the summer of 2017, Fayetteville and Wilmington North Carolina were rocked with revelations that Chemours—a chemical company spun-off from longtime corporate chemical contaminator DuPont—had been dumping dangerous, cancer-causing chemicals into the Cape Fear River dating back to the early 1980s.

The chemicals, called GenX, are a waste byproduct formed during the manufacturing of Teflon and products like it. It was originally created in place of C8, a cancer-causing PFOA now being found across the country, including in already water-poisoned Michigan. Proof of PFOA’s hazards can be found in the Ohio River Valley, where DuPont’s reckless dumping caused mass illness, death and cancer in the Ohio River Valley—leaving the company on the hook for $670 million. GenX has been found to have similar traits to C8, potentially causing cancers, reproductive and autoimmune issues.

At its Fayetteville North Carolina factory, Chemours has dumped an estimated 200,000 pounds of GenX into the Cape Fear River since 1980, flowing down to Wilmington and affecting Brunswick, Pender, New Hanover, and smaller counties in the state. The water contamination only scratches the contamination surface—it’s not fully known how bad the damage has been to the air, wildlife, and ground soil.

40 years of drinking water and environmental contamination DuPont/Chemours knew about; surely, executives, company chemists, and politicians who allowed it are going to jail, right?

In the latest episode of The United Corporations of America, Chemours has entered a consent order with the North Carolina Department of Environmental Quality and local environmental group Cape Fear River Watch—they’ve been slapped with a $12 million dollar fine. Or, as local residents put it to Status Coup—pennies on the dollar.

Residents and local activists gathered Tuesday evening at a local meeting with state officials to voice their displeasure with Chemours’  slap on the pinky finger.

“They were never going to admit to any wrongdoing,” Kathleen Gallagher, who attended, told Status Coup about Chemours not having to admit wrongdoing as part of the consent order agreement. “$12 million is absolutely nothing compared to what they have done down here; not that it can ever put it back to the way it was with all these chemicals.”

Gallagher, who is part of an 11,000-member Facebook group dedicated to stopping GenX contamination and holding Chemours accountable, was incredulous that the highly unpopular consent order was released at 5 pm the Wednesday evening right before Thanksgiving—i.e. a  corrupt, foul holiday news dump usually reserved for big, evil corporations like Facebook, who did just that  right before turkey, stuffing, and bad dinner table conversation this year.

None of the affected counties were notified of the consent order agreement, which didn’t surprise Gallagher. “Of course, you have Thanksgiving weekend and then you got the holidays and nobody’s interested in talking about bad chemical stuff when you have to go shopping and stuff and all the public comment is due by December 21st. Obviously, we know why that happened.”

In an even more stomach-turning development, the lead counsel for the mass-class action lawsuit against Chemours was granted the ability to hire his own experts to test contamination levels at Chemours’ Fayetteville facility—yes, the government ROUTINELY relies on the chemical companies like Chemours (and fossil fuel companies) to do their own testing and then takes their numbers at face value!—but the Judge ordered the results to be…well, umm, gee golly Jim…left under seal.

“What!” Gallagher incredulously told Status Coup in response to the Judge-ordered secrecy, adding that the lead counsel for the major class-action lawsuit told her he’d love to share what the results were, but he wasn’t allowed to—but that it was “very important for you guys to know these results.”

So, here you have a multi-billion dollar corporate conglomerate carelessly dumping cancer-causing chemicals into major drinking water streams, air, and soil for four decades, only to be receive the putrid punishment of a $12 million fine, the ability to continue to operate largely unregulated nationwide, no obligation to pay for affected North Carolina residents’ medical bills—past, present, or future—and enjoy their Christmas while millions of everyday people in North Carolina are left to wonder if their health problems could be a result of water they drank or air they breathed.

And although there don’t seem to be as many visible health problems as in, say, Flint Michigan after the 2014 water switch to the Flint River—health problems are beginning to pop up in increasing numbers across the affected North Carolina counties, including kidney problems, male and female reproductive issues, thyroid deficiencies, diseases doctors coin as rare, unusually high cholesterol in children, and other autoimmune illnesses.

On thyroid issues in particular, the below “Incident Rates for North Carolina; Thyroid 2010-2014” map is instructive. 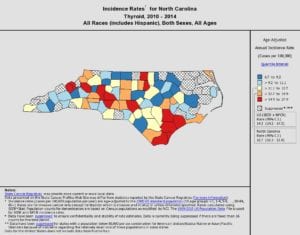 The bottom right counties highlighted in red are counties the Cape Fear River runs through.

Now that people are learning more about the decades-long contamination, people are beginning to connect the dots, Gallagher said, as they talk to each other about their health problems that they now suspect came from GenX.

“They should be shut down!” Worrell told Status Coup. “What really pisses me off is knowing that they are about to get another corporate tax break in NC next year, it’s dropping to 2.5%! Our leaders, including the Democratic governor, keep bragging about our state being number one for business; well I’m sorry, but a state shouldn’t be judged by how well the corporations are doing— it should be judged by how well the people are doing. On that, they all have failed us, and have allowed us to be poisoned for profit.”

Want Status Coup to get out in the field and cover stories like this up close and aggressive—giving the microphone directly back to the people most affected? BECOME A MEMBER for exclusive bonus content and to support REAL independent media. You can also contribute to our GoFundMe, which is now over halfway to its goal!