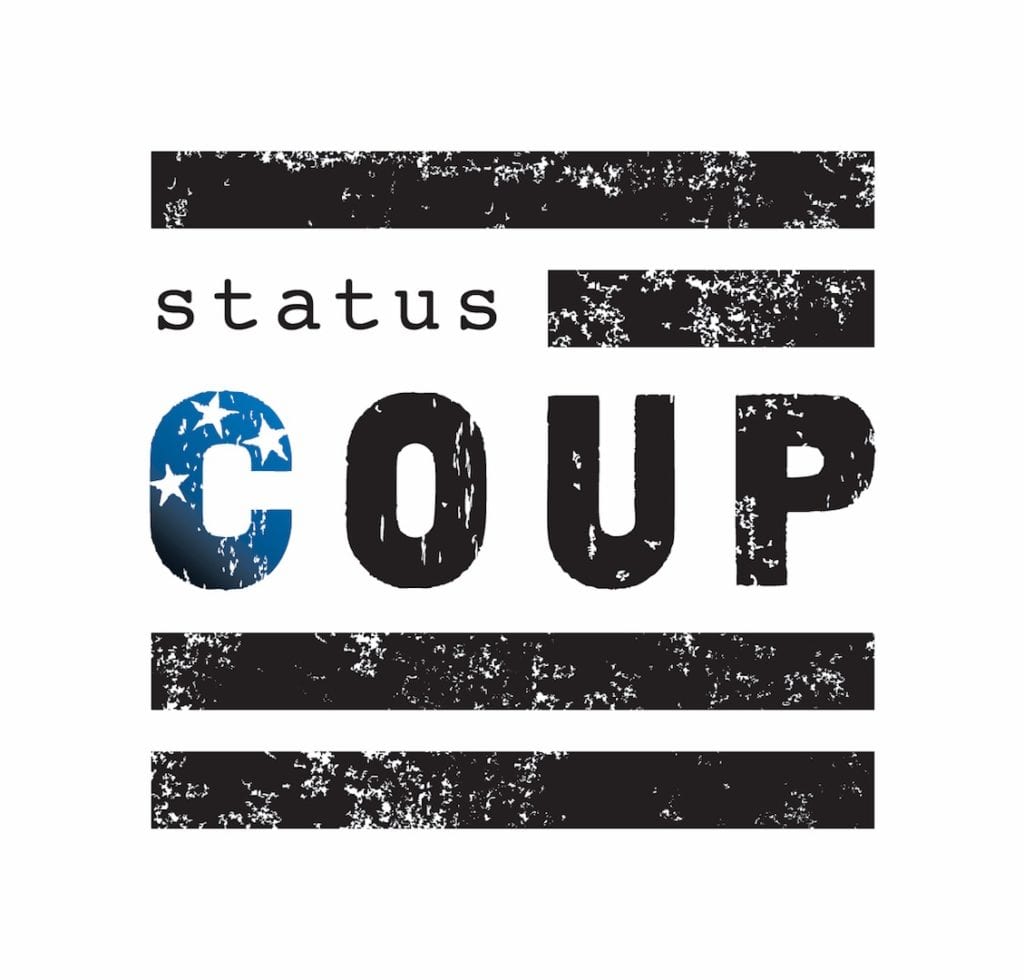 When I was a hormonal pre-teen, I loved the World Wrestling Federation. It was the soap opera acceptable for boys to watch, allowing us to indulge in fantasy, anger, and the charade of it all. It wasn’t until years later that I truly understood it was completely scripted, pre-determined, and pretend.

Replace the WWF in that sentence with any cable news outlet, or the majority of print and digital outlets out there, and the sentiment is still spot on.

For a growing number of years, we’ve entered a journalistic Twilight Zone, where what’s really happening in America, and the wider world—brute suffering, injustice, corruption, and genocide—is replaced on television airwaves, websites, and newspapers. In its place: theatre, food fights, sensationalism, and a combo of tone-deaf and knowledge-void scribes from pundits and “experts” littered with conflicts of interest, and more importantly, with limited interaction or connection with everyday Americans living outside their bubble.

I saw this up close in 2016, while on the campaign trail. The juxtaposition between covering local corruption and suffering, environmental genocide, election fraud, and the disappearing middle class compared to the campaign horse race.

For the former, I’d parachute into local communities facing seismic struggle and threats: from interviewing single mothers living amongst rows of trailer parks in Indiana inhabited by the victims of the 2008 global financial crash; to tent cities in Portland, Oregon inhabited by the working poor; to Flint Michigan, where tens of thousands of Americans were left to die after their government poisoned them; to East Chicago Indiana, where poor blacks and Latinos were actively recruited to live on top of toxic lead, arsenic, and contaminants flooded into the air and water by industrial corporations; to the Great Plains of North Dakota, where the Standing Rock reservation was being used as a sacrificial lamb to dig a ticking time bomb in the form of a toxic pipeline set to wreak havoc on the water, wildlife, air, and sacred way of life.

The latter was arriving in the press “pen” at campaign rallies. Here was the roped off or gated off section where the elite “journalists” of America sat feverishly typing, tweeting, and chatting amongst themselves before and during campaign events. I spent limited time there, choosing to do something very radical: walk beyond the ropes and speak to and interview actual, living voters. Often ending up as the only reporter doing so, I’d stand in the middle of the crowd interviewing voters and look back at the rest of my peers in media, who hadn’t budged an inch from that gated off press section.

I wondered: how can these journalists type up campaign updates and stories, or go on TV “reporting” what’s happening if they aren’t actually taking the pulse of America through the people. How can they know someone like Trump’s chances if they never leave the campaign trail to meet with citizens and understand how life is for people living in areas far outside their New York, D.C. and elitist coastal bubbles?

That wonder went away when I would talk to some of these corporate, mainstream “journalists” at these rallies, debates, conventions, or in the back of campaign planes. Striking, jarring, disheartening, infuriating, and dumbfounding were some of the words that pop up as far as my reaction to speaking with them. I recall talking to one NBC News reporter at a Kasich rally in Ohio, explaining to him how my reporting showed the Flint water crisis was not only still a crisis, but frankly had gotten even worse since all the cameras left.

“Yea, that’s a shame,” he said so flippantly, like Flint, and the people who live there, was some far away island totally unreachable to mainland reporters. You see, to this reporter—Peter Alexander—Flint and the suffering there didn’t fit the corporate media “narrative.” Flint wasn’t something important enough to apply continual resources or reporting to because, well…it simply didn’t fit the narrative of the Trump reality show and its box-office appeal. Same goes for Standing Rock, East Chicago, and the 35 other states and cities I’ve traveled across the country since 2015.

This, on top of the entire corporate, corrupt, establishment of the Democratic Party—was what Vermont Senator Bernie Sanders was up against while running one of the most historic, upstart progressive presidential campaigns in American history. Sanders wasn’t just up against the state-Democratic parties, sitting U.S. Congressman and women, U.S. senators, and centrist to right-wing think tanks; he was up against a corrupt, corporate media that both went out of its way to black out coverage of his historic campaign, but in the bigger picture, has gone out of its way to black out the real story of America, and the wider world, since multi-billion dollar corporate conglomerates—and plutocrats—began signing the checks of mainstream journalists in the 1980s and 90s.

This black-out is where Status Coup fills the void. In my travels, I’ve heard and received one common refrain from the everyday Americans I interviewed: no one else is covering “this.” The this has included environmental genocide, economic and social brutality targeted toward minorities, violent gentrification that’s driving working and poor people out of their homes, attacks on Democracy—not from the Russian boogeyman, but from state and local legislatures overturning voter-passed ballot measures or laws signed by Democratically-elected officials—an epidemic of water contamination and poisoning spreading across the country, theft of land and homes through eminent domain, government and police surveillance of unarmed, peaceful water protectors and activist groups, corrupt local police department cover-ups, police brutality to the point of police murdering black men who are simply sitting in their apartment minding their own business, and so many more stories that would require 20,000 words and a book.

So why are there no real media outlets in the trenches, rolling up their sleeves and giving the microphone back to the people as opposed to bloviating from their high-priced studios about the horse race and things that don’t actually affect everyday people? It’s the money, Lebowski!

If journalistic outlets’ paychecks are signed by the very people and corporations who thrive because of income inequality, lobbyists and money taking over the country, lax financial and environmental regulations, and lack of investment into working people’s communities…common sense would dictate that those journalists wouldn’t have free reign to cover, investigate or expose those very epidemics.

That’s where Status Coup comes in. We are owned by no one but our viewers and that will not change (save this article!). Our guiding principle is what will help drive change rather than what will generate clicks.

And ultimately, the only way to create real, systemic change is to wake more people up. The way you do that is by showing up to as many communities and struggles as possible, turning the camera on, and giving the microphone back to the people.

Because the truth is, most people are not lacking compassion. Most people have NO idea what the fu*k is going.