EXCLUSIVE in partnership with The Intercept and Detroit Metro Times.

Top officials in Rick Snyder’s admin had phones “wiped” or altered w/ no messages on them from 18-month period Flint used Flint River. Snyder also refused to give key Flint documents to prosecutors. By Jordan Chariton and Jenn Dize. (more) 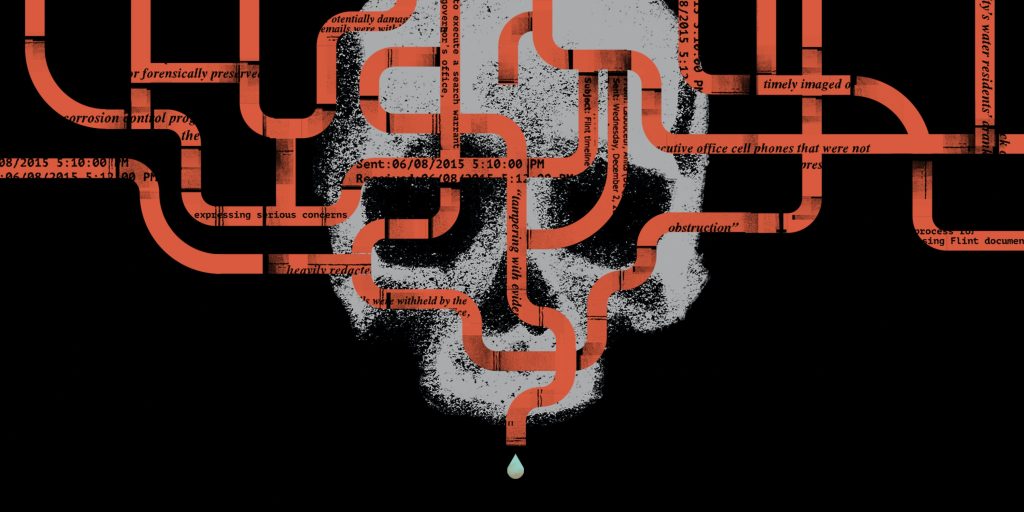 IN OCTOBER 2015, then-Michigan Gov. Rick Snyder finally announced that Flint’s water was contaminated with dangerous lead levels. That public admission had come after more than a year of pleading from the city’s residents to examine the situation. The city, Snyder promised, would immediately stop using water from the Flint River, which residents had been drinking for 18 months.

The public announcement raised as many questions as it answered and kick-started a yearslong investigation into how the decision that delivered the toxic water to Flint had been made in the first place, how many people were sickened and killed as a result, and when senior government officials first learned of the deadly consequences.

Along the way, however, investigators who were part of a three-year Flint water investigation beginning in 2016 kept drilling dry holes.

Dr. Eden Wells became Michigan’s chief medical executive in May 2015. By then, the Michigan Department of Health and Human Services had been aware for at least seven months of a significant increase in the deadly waterborne Legionnaires’ disease throughout Flint.

But when investigators obtained access to Wells’s phone, they discovered something unusual. “For Dr. Wells’ phone the earliest message is from November 12, 2015,” then-Flint special prosecutor Todd Flood wrote in a subpoena petition obtained by The Intercept. During the key period that investigators were probing, no messages were found…

Become a Member of Status Coup!

ABOUT US
Status Coup gives the microphone back to the people with in-the-field and investigative reporting.
Contact us: [email protected]
FOLLOW US
© Copyright 2018 - Status Coup - All Rights Reserved