Help keep us on-the-road reporting so we can fund this important reporting trip.

Truth vs. Establishment in Ohio’s 11th

Status Coup goes where corporate media won’t–and in this case, that means covering what’s *actually* happening on the ground in Ohio’s 11th district as Nina Turner gets attacked by the Democratic establishment elite…and even by Republican–and Trump– sympathizers who’d rather see a corporate Democrat in Congress.

The fact is that this reporting trip costs a lot, and we need your help to fund it.

Help keep us on-the-road reporting so we can fund this important reporting trip. 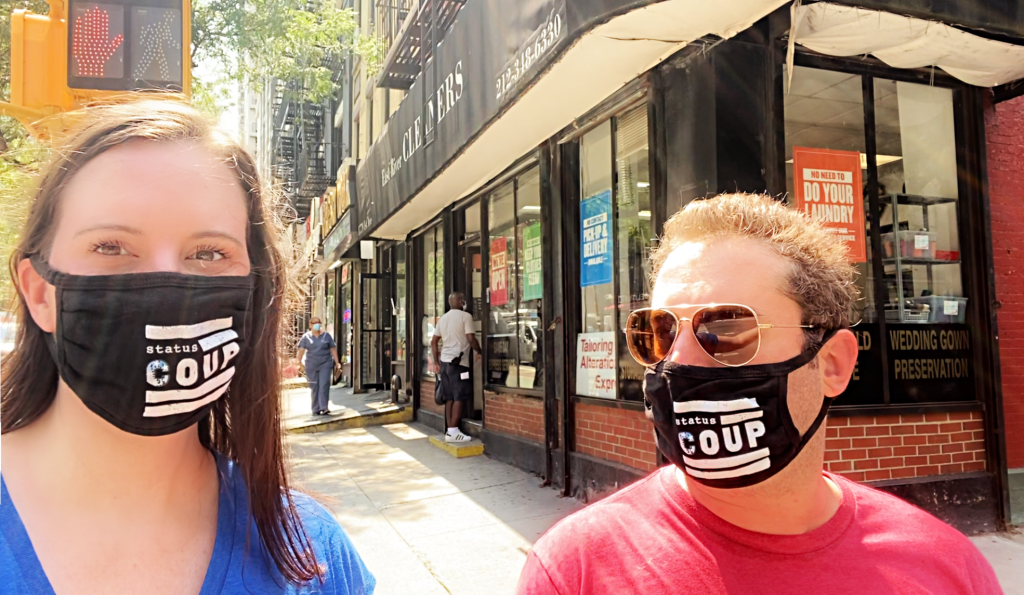 We Need Your Help

The costs of reporting (especially on an extended trip like this one with three people) really add up.

Costs for three people (Jenn, Jordan, and photojournalist and editor Colin) include gas, rental car, flights, hotels, food, LiveU streaming costs (the device we use to go live in-the-field), equipment, and more. We’re frugal, but this adds up for a small, independent start-up like us–ESPECIALLY since we’re being suppressed and YouTube has tanked our income.

To be upfront, we’re doing this trip on a hope and a prayer because we feel it’s important.

But I KNOW we can do this, with your help. Please, if you’re able to help support the cost of this trip at any amount, know that it makes a difference during these historic times. Know that…

If we don’t do this reporting in the way only WE do it, no one will

Help get the truth out by supporting this reporting road trip at any amount. We have a goal of raising $6,000 for this trip before we head home–this is the cost of not just sitting in the studio, of getting out WITH THE PEOPLE. Absolutely any amount would help us and keeps us reporting.

On this page, we’ll update you about the trip, the interviews we’re doing, and what we learn along the way.

(update to come shortly! 🙂 It’s been a lonnnnng day) (UPDATE AGAIN: I PROMISE I will post pics/footage from this day! Check out the other days below 😉 ~ Jenn

Today is a big Get Out the Vote rally with Bernie Sanders and Nina Turner- and a lot of progressive special guests. We’ll be LIVE from the event and from the march after. Stay tuned…

Oh no! Jordan is stuck on the runway! … Update: and now they had to find a whole new plane for his flight… so he’ll be late to the Bernie/Nina GOTV rally. But, he’ll be here come hell or high water! UPDATE AGAIN: The plane LEFT without Jordan! They didn’t tell him they changed the time (again) despite giving updates the other two times and…LEFT…WITHOUT HIM! So, he missed the rally and march, but he will be here soon :-)…ANOTHER UPDATE! The Jordan has landed! Finally… poor guy :*-( He will definitely need a lot of rest…and a super-stiff drink…tonight. 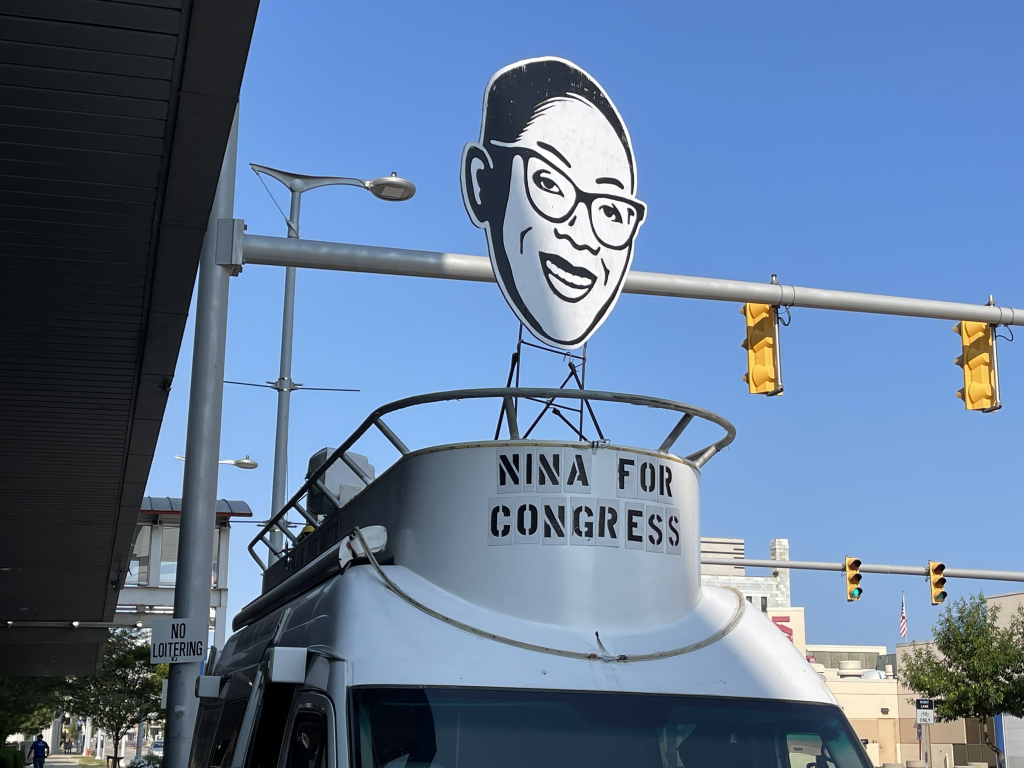 Here’s the link to the rally and march livestream! We had a blast and did some great interviews:

Here are some behind-the-scenes pics/videos from today:

Reported today on the #Ohio11 Congressional race at a rally and march to the polls with @NinaTurner and someone you may have heard of, @BernieSanders. Stay tuned to our @StatusCoup accounts through election day, August 3rd, to see it all. https://t.co/14dlxmYQWP pic.twitter.com/wDJEe6Hqvs

.@CornelWest is on stage as part of a #GOTV rally for @ninaturner before her election Aug. 3- @berniesanders will be speaking soon! WATCH LIVE here & support SC: https://t.co/tUKRTVooEG pic.twitter.com/SPZEA1QVSg

.@BernieSanders is on stage NOW speaking at a #gotv rally for @ninaturner before her Aug. 3rd election. WATCH LIVE NOW: https://t.co/tUKRTVooEG pic.twitter.com/6jF5ykyAHo

Much more to come! I have a lot of AMAZING footage and pics from today. But my (Jenn) long-hauler kicked in and I need to take a break. I promise you will love what I have still yet to post 🙂 Until then…

We started the day by doing a livestream from the hotel room where we talked about some behind-the-scenes and what Nina Turner is really up against. HINT: Dem. establishment, lobbyist, and even TRUMP-supporter dollars.

Later, we attended a #GOTV event in Akron, OH with Dr. Cornel West and Nina Turner’s campaign Political Director, Tara Samples. It was raining off and on, but there were moments where the sun shone through.

We weren’t able to get one on one time with Dr. West (Jenn did get a question in to him yesterday!), but we were able to capture his words as well as some fiery clips from Councilwoman Samples, including, “Nina Turner’s a squad by herself!”

"Nina Turner's a Squad by herself!" @TaraLSamples, Political Director for @NinaTurner's #Ohio11 Congressional campaign, said at a #GOTV event in Akron, Ohio with @CornelWest just two days before the August 3rd election. pic.twitter.com/TX6nhNvRBU

Later in the day,  Danny Glover arrived to help get out the vote for Nina in the final days.

Jenn was able to get a question in to Nina:

We’ll have a LOT more up later on. We do have NEW member content up, with behind-the-scenes footage of Nina Turner and Senator Bernie Sanders. Check it out if you’re a member or join (for as low as $5/month) if you’re not yet. We have a lot more behind-the-scenes we’ll be posting, featuring all your progressive faves (Danny Glover, Cornel West, Nina, Bernie, Keith Ellison, and more!)

MEMBERS ONLY: Bernie Sanders Marches With Nina Turner (Behind The Scenes Footage)

Here’s another members only post with behind-the-scenes Bernie footage:

Lots more to come! I’m trying to post every time I get a minute but I have TONS of great stuff for you 🙂
If you can…