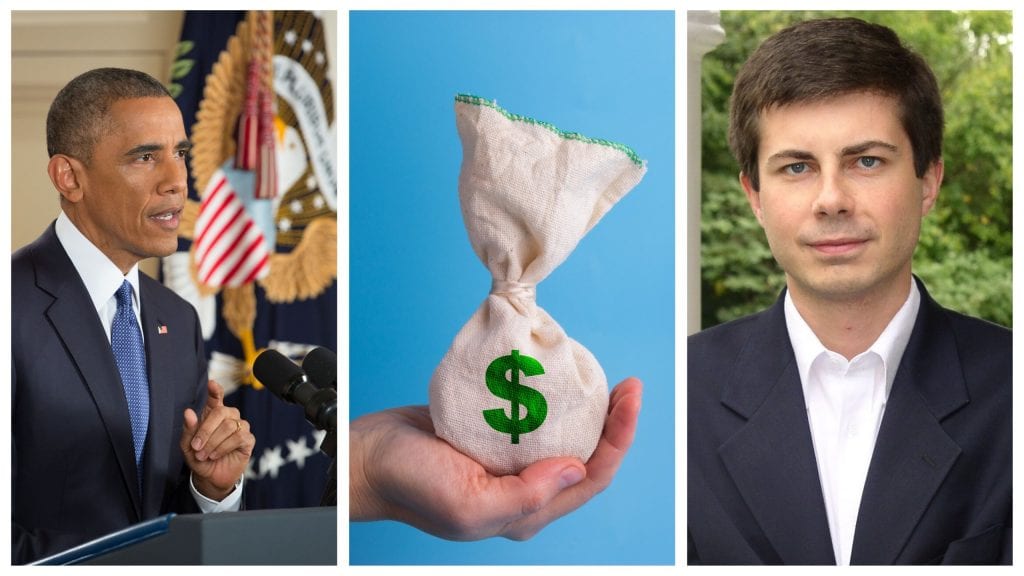 As President Obama faced an uncertain reelection future in 2011, the Democratic establishment set its sights 611 miles west down the Rust Belt.

Pete Buttigieg was running for Mayor of South Bend, Indiana, climbing up Mount Meritocracy as an Obama-esque figure. A Harvard and Oxford-educated Afghanistan war veteran and former McKinsey consultant, Buttigieg seemed like the perfect political specimen; a bridge that could attract and connect the professional managerial class the Democratic Party has hitched its wagons to while also appealing to the gritty worker bee in the heartland.

And based on campaign finance documents, which were deleted by the state of Indiana and also withheld by Buttigieg’s campaign, the corporate Democratic establishment backed Buttigieg in this small-city, Rust Belt election with all its might.

According to Buttigieg’s donor records, first obtained by The Center for Public Integrity and The Young Turks, Buttigieg received $16,200 from The Feldman Group, run by veteran Democratic Party pollster Diane Feldman, during his 2011 mayoral campaign. Feldman had done polling for both Hillary Clinton and President Obama’s presidential campaigns along with polling and consulting for the DNC and gubernatorial and congressional candidates.

It’s not clear why the name-brand D.C. pollster was pouring in such a significant amount of money into a relatively no-name mayoral campaign in South Bend, Indiana (Feldman didn’t respond to Status Coup’s request for comment).

Aneesh Raman, who, after serving as a CNN war reporter moved over to writing speeches for President Obama, donated $500 to Buttigieg. The two men came from the same elite circles, studying together at Harvard, and according to Raman, becoming buddies.

My buddy @PeteButtigieg said it best this week: “the thing you will be remembered for is whether, in this moment, with this President, you found the courage to stand up to him or continue to put party over country.”

I knew @PeteButtigieg from college. And while, of course, only athletes can have fun because that makes total sense, we definitely didn’t spend every weekend night reading books and watching CSPAN. Or any. https://t.co/FvzmIBq6MJ

“He was being groomed for a run at the White House by the Democratic party before he even became the mayor,” South Bend activist Jesse Davis, who has long served as a thorn in Mayor Buttigieg’s side, told Status Coup. “The Mayor’s position was just a stepping stone and he was building a resume for the White House run.”

On why Buttigieg, in particular, was the apple of Obama-era D.C. insiders’ eyes, Davis said Buttigieg’s failed run for Indiana state treasurer put him on the radar of the power elite in D.C. Beyond that, former Indiana Governor and South Bend Mayor Joe Kergan had spread Buttigieg’s name east to the corridors of Capitol Hill.

For Obama’s part, he hasn’t endorsed a candidate but has allowed his former Vice President, Joe Biden, to feature Obama in his television and digital ads.

Buttigieg is currently in first place in Iowa and second in New Hampshire, according to Real Clear Politics’ average of polls. Senator Bernie Sanders’ campaign openly criticized Buttigieg on Tuesday for a swanky fundraiser he held in a “wine cave” in Napa Valley.