Home Corporations What Corporate Media Won’t Show You: The People Vs. General Motors 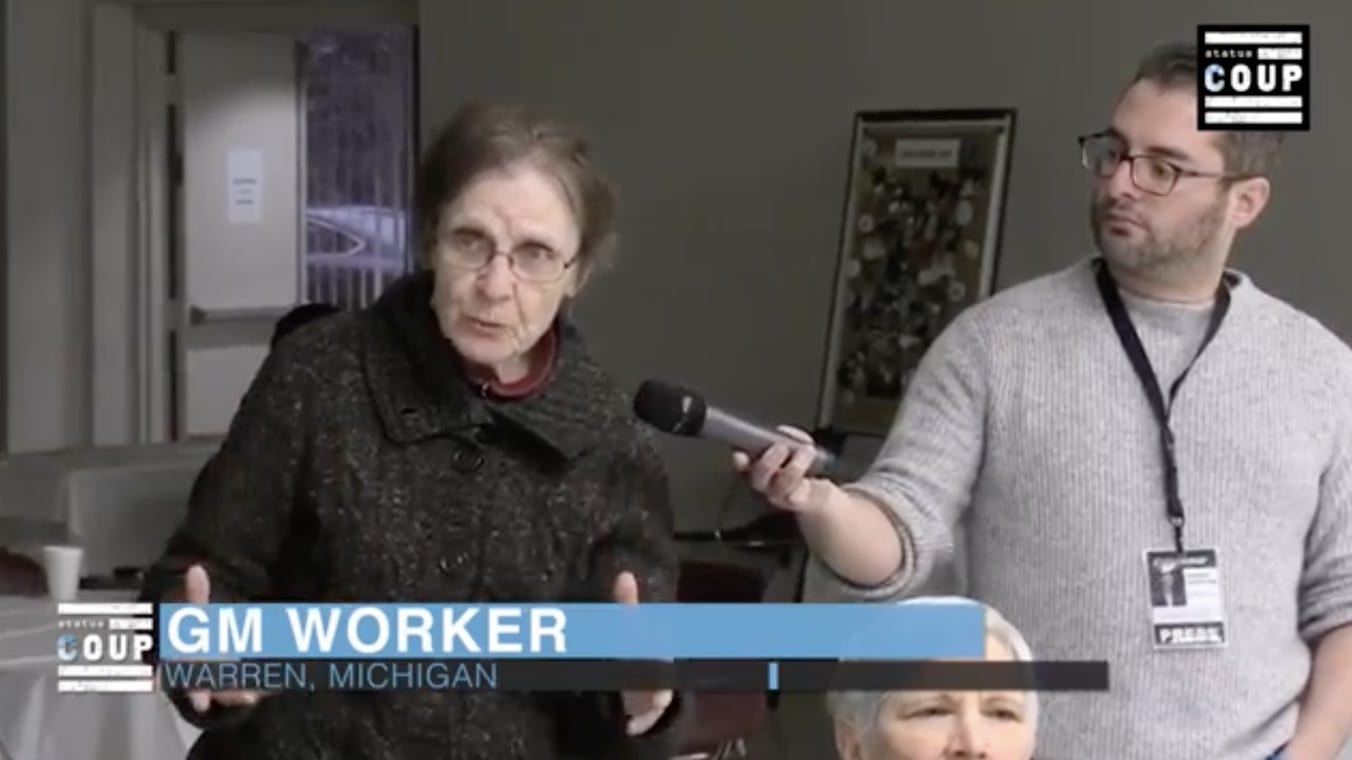 Status Coup reported from an unofficial United Auto Workers meeting in Warren, Michigan held in response to General Motors announcing it will be laying off nearly 15,000 workers in North America—including at the Warren, MI plant.

During the meeting, extremely powerful moments occurred you’ll never see on CNN or in the pages of the New York Times.

Support our IN-THE-FIELD reporting on the stories corporate media COVERS UP by becoming a Status Coup Member for as low as $5-10 a month. You can also support Status Coup’s reporting GoFundMe.

Become a Member of Status Coup!

ABOUT US
Status Coup gives the microphone back to the people with in-the-field and investigative reporting.
Contact us: [email protected]
FOLLOW US
© Copyright 2018 - Status Coup - All Rights Reserved